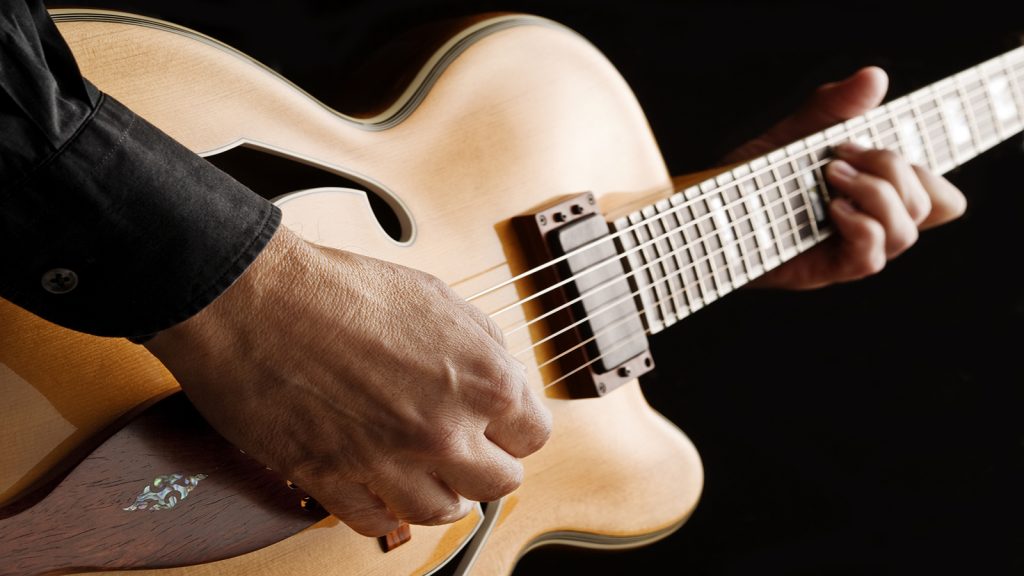 If you are looking for some new sounds in your jazz or fusion soloing and are perhaps wanting to expand forward  from more traditional sounding swing or bebop styles, then you may well  find something appealing in using the concept of triad pairs.

In recent years, the usage and discussion of triad pairs for jazz has become more and more commonplace and you will find a lot of material on them using a Google search. In essence, triad pairs are simply two (grouped)  three note structures placed side by side to create a ‘bi-tonal’  effect.

These can be particularly effective in compositions where improvising with standard seven note scales seems rather one-dimensional  or predictable and especially so if you are working with single chords  which last for several bars.

Despite what some musicians believe, triad pairs are not always constructed from major triads, although  they are arguably the most common type. We will begin by looking at these pairings however, and one of the most commonly applied approaches  is to link two major triads a whole tone apart.

If  we take a G major triad (G B D) and an A major triad (A C# E) and  combine them, we arrive at a form of six note scale which spells itself out like this from an A root:

This creates a scale which has the following intervals against the root:

In  itself, this information isn’t really presenting anything radical, as it’s very much like playing a Mixolydian mode minus the 6th degree of  the scale. The real difference however is in how you apply and ‘think’  of these notes in your soloing.

If you think of the triads themselves  being ‘paired’ within your lines they will sound quite different than  simply playing the six notes as a scale.

To get you started, try playing the lines I’ve written out for you in the PDF (attached below)  to begin getting your hands and ears used to these sounds.

As ever, here is an MP3 recording of the lines (played at 120 bpm) for you to listen to first. They are played via MIDI piano in this example.

OK, that’s it for this session, have fun with your first set of triad pairs for jazz improvisation..there will be more too!