Double-Time Jazz Lines generally refer to 16th note melodies employed within an improvised solo. Arguably the most common rhythm used in mainstream jazz soloing is an eighth note, so 16th notes represent a ‘doubling’ of that rhythm, hence the term ‘double-time’.

In the two example lines illustrated here, I’ve presented melodies that could be played over a typical jazz turnaround in G major. As seen in one of my previous lessons on turnaround progressions, the VI chord is played as a dominant seventh chord (secondary dominant) and both that and the chord V7 are altered. This is very common practice in jazz harmony.

These lines are demonstrated at 120bpm (see the Soundslice example at the top of the page) but will also work well at slower tempos. Remember to learn them slowly and accurately and then build speed over time. I usually play these kinds of phrases with alternate picking, but feel free to use whatever picking style works best for you. 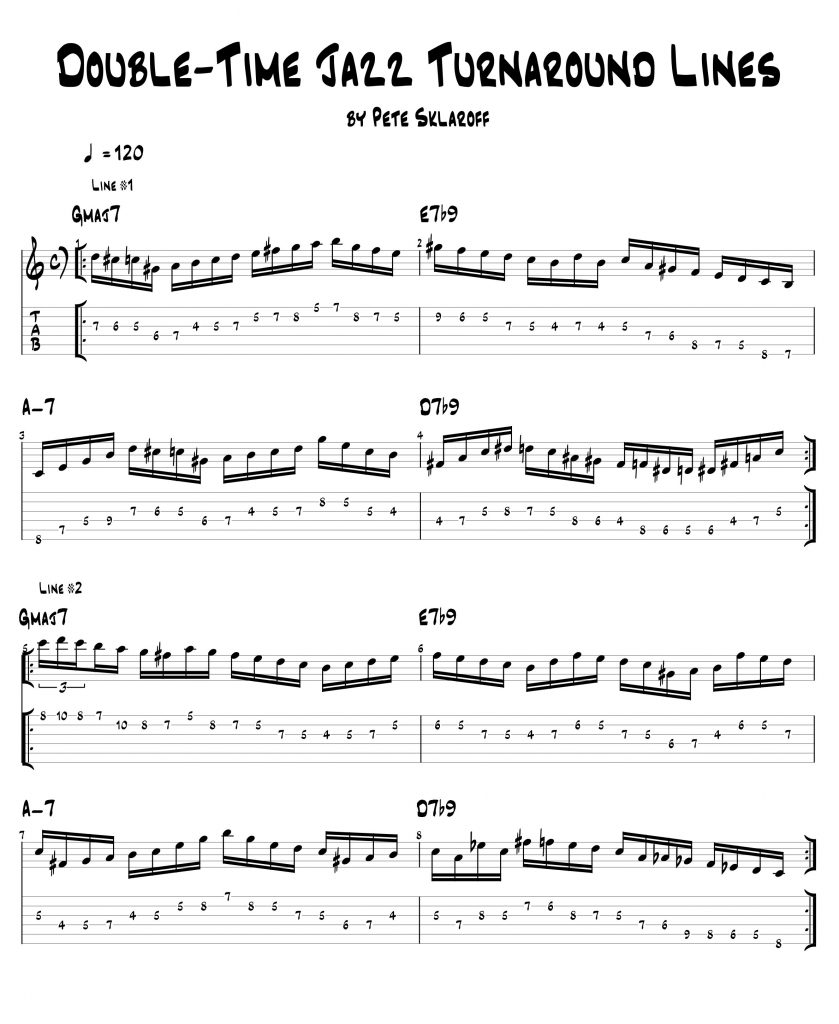