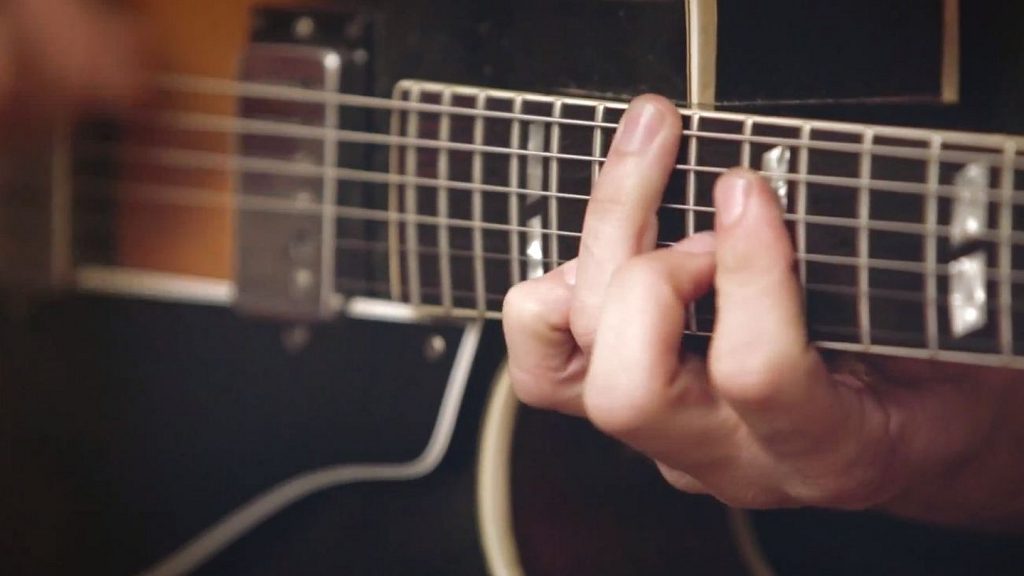 Most of us are quite familiar with harmonising a regular (seven-note) major scale. In this lesson however, I’m going to examine what happens when you try harmonising the bebop version of the major scale.

As a quick reminder, the normal major scale in C would be this series of notes:

The above musical example uses close-position voicings which are very difficult to play on guitar if not impossible, however if we re-voice the chords as Drop 2 voicings, then the whole harmonisation becomes much easier to play. Here are Drop 2 voicings arranged for three strings sets (each of four adjacent strings) 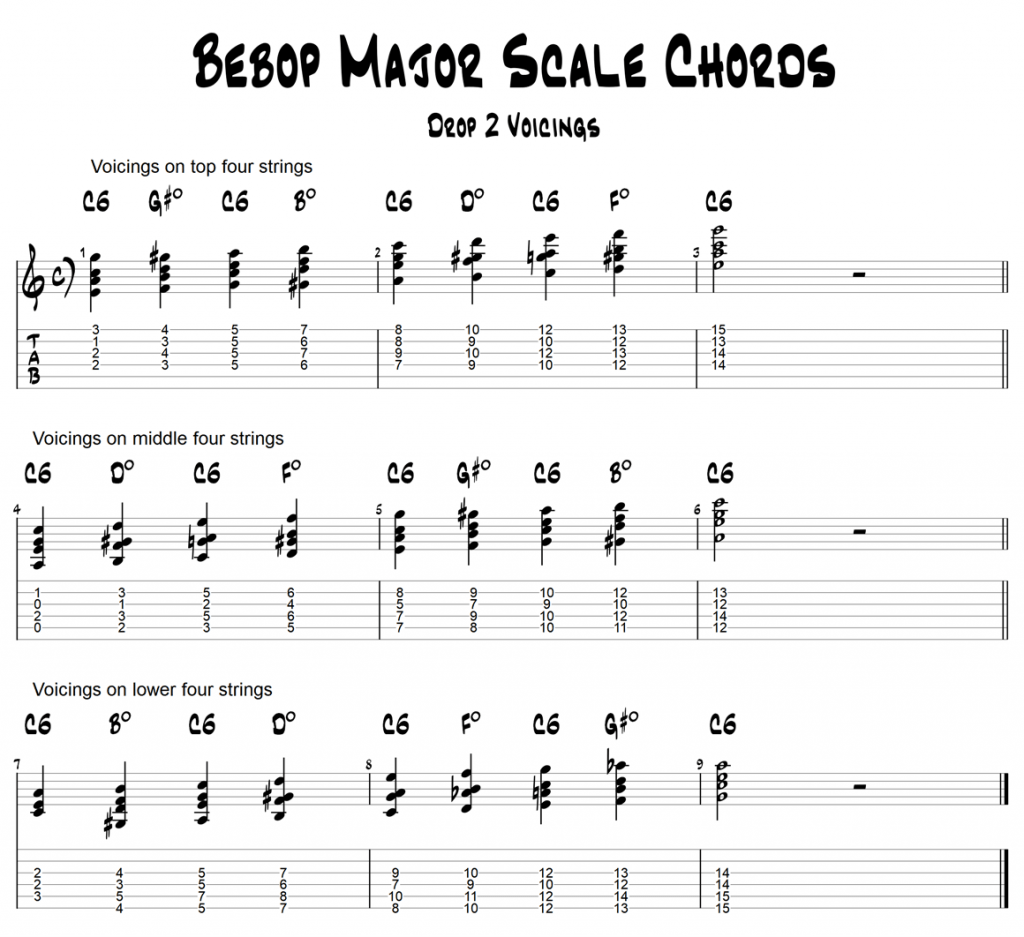