In the case of these lines however, the G7 chord has been substituted with a Db7. This is the tritone substitution most commonly employed (over the dominant V7) in a II V I progression.

As the G7 and the Db7 chord both share a tritone interval between the notes F and B (Cb) the Db7 chord is considered a good substitution for the original G7 chord. 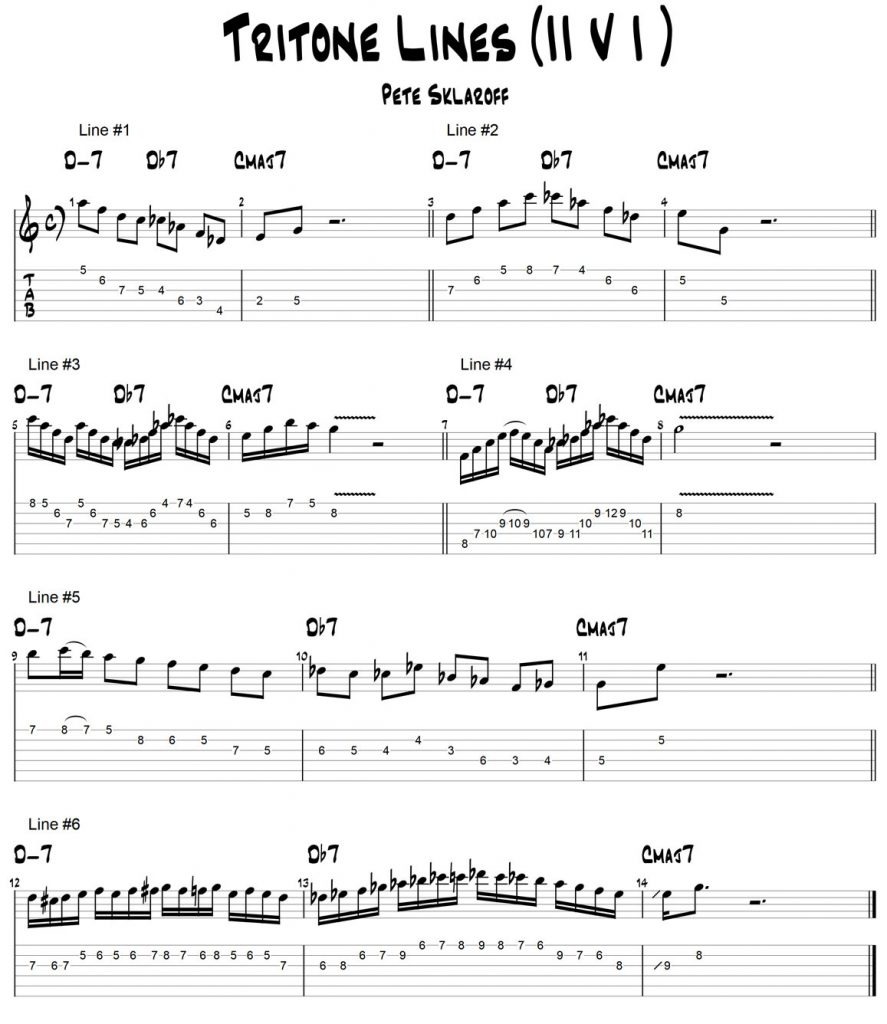